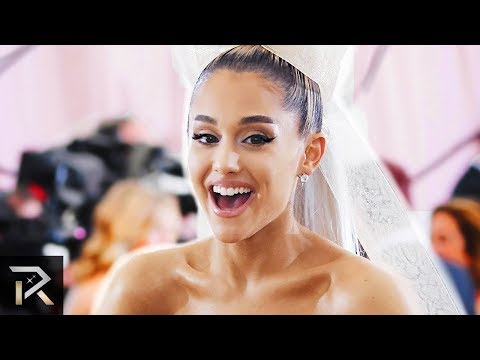 This Is How Ariana Grande Spends Her Millions

By On Feb 27, 2019
0
Share
Ariana Grande has been hitting the music charts left and right in the past years. But, do you actually know how she became so famous and what she’s been doing with all those million of dollars?

Like This Is How Kylie Jenner Spends Her Millions

This Is How “THANOS” Josh Brolin Spends His Millions”

How many celebrities can say they started on their chosen career path at the age of eight? Well, Ariana Grande can. This musical sensation is known all over the world for her catchy songs like “Thank U, Next,” “Seven Rings,” “No Tears Left To Cry,” and “God Is A Woman.” She’s releasing tune after tune and she’s showing no signs of quitting. But Ariana’s been around on the music scene for far longer than you might have once thought. Since the 2000s, she’s been performing across the nation and sharing her incredible voice with millions of people. And now, she’s got a net worth that really shows us that Ariana knows exactly what she’s doing. As of 2019, Ariana Grande has a net worth of $50 million. That’s mostly made up from her sold out, international tours, but also from her time spent on various TV shows and a variety of collaboration deals. She might be best known for being a real life Dangerous Woman but there’s much more to Ariana than first meets the eye. And when it comes to her spending habits, you might be surprised at what this star is splashing out on.

She’s one of Time’s 100 most influential people in the world, she’s headlining Coachella Music Festival, and she’s also the third most followed person on Instagram. Her Facebook page had more than 30 million likes and Ariana is also the 11th most followed person on Twitter. What we’re trying to say here is that everyone wants to learn more about this pop sensation and we can’t see that changing for a while.

This Is How Cristiano Ronaldo Spends His Millions