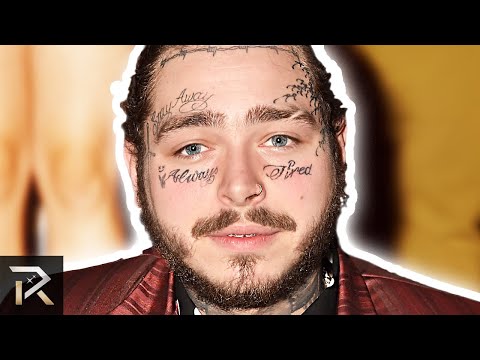 By On Mar 27, 2019
0
Share
Post Malone or Austin Richard Post, is living the high life these days with his new songs like Wow and Sunflower! The 23-year-old hip hop sensation has skyrocketed his network and now lives in the most luxurious houses with sick cars. If there’s one recent rap to riches figure who’s cruised his way to the top of the charts with headline-grabbing tales of success and excess, you don’t have to look much further than Post Malone.

This product of the Lone Star State is a star in his own right thanks to hits like “Money Made Me Do It,” “Hollywood Dreams,” and “Go Flex.”

Like:
The 10 Most Advanced Vehicles In The World That Are Simply Amazing

This Is How Marshmello Spends His Millions

As one of the few recording artists out there to make the covers of both Rolling Stone and Guns and Ammo, Post Malone is packing heat as one of the music scene’s hottest acts.

He’s also reportedly worth about $14 million these days in a career that’s still relatively new to him, ever since his first release “White Iverson” vaulted him into the big time back in 2015. So formidable was his rise up the charts, he’s one of the few rappers to challenge the supremacy of Cardi B, another fast-rising rap star, when his 2018 anthem of conspicuous consumption, “Rockstar,” bumped “Bodak Yellow” by the Bronx beat-mistress of the top of the Billboard charts.

And as testament to his success, he’s making the most of his luxurious new life with all the best toys money can buy. Of course there’s the bling, including the obligatory gold chains that are symbolic of a hip hop star’s arrival into the big leagues. He’s gone to the bank and back several times with a swanky crib in Los Angeles, a mounting vintage car collection, and a disturbing arsenal of classic firearms that hearken the good ol’ boy’s Texas roots.

For a dude who named one of his albums Beerbongs and Bentleys, what’s in his opulent inventory might just surprise you.

This is How Cardi B Spends Her Millions

This Is How Scarlett Johansson Spends Her Millions