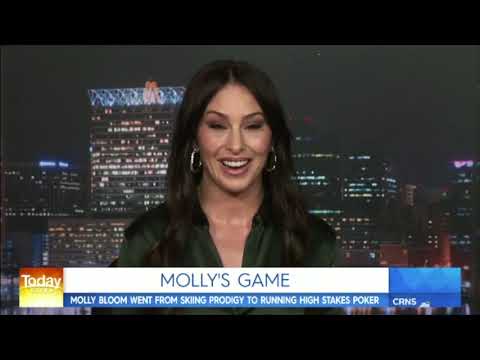 Molly Bloom is an inspirational keynote speaker, entrepreneur, and bestselling author of Molly’s Game. She is best known for her memoir, Molly’s Game, which was adapted into an award-winning film of the same name by Aaron Sorkin. Bloom’s memoir chronicles her journey from college student to LA waitress to building and operating the largest and most notorious private poker game in the world. Her games featured hundreds of millions of dollars and players like Leonardo DiCaprio, Tobey Maguire, A-Rod, and Ben Affleck.

Bloom began her career as a world-class skier. While training as a pre-teen she was diagnosed with severe scoliosis and had to undergo surgery that the doctors said would end her athletic career. A year later, fully recovered, she was back on the slopes. She later joined the U.S. Ski Team and at 21 years old was ranked No. 3 in North America in moguls, but her Olympic dreams would go unrealized as she left the team to pursue other projects. This led her to what she thought would be a year sabbatical in LA.

To hire this speaker to speak at your next event, contact BigSpeak Speakers Bureau (805) 965-1400

Businesses That Will Never Go Out of Business

How to Accept ACH Payments From Customers